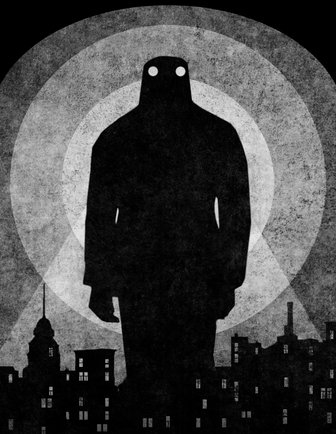 Do bands play soundtracks to non-existing films? No. Well, that answer might be a little too reductive, because some bands really do play soundtracks, not necessarily as an auditory movie-guide, but as the perfect score to a beautiful setting, be it the majestic harbour in Athens, the fabulous desert of Chad or the enchanting shores of the Black Sea. Introducing Boogie Belgique, Belgium’s best kept secret ever since the invention of the saxophone.

Coming from Belgium – Antwerp roots, Brussel based – Boogie Belgique has always done it their way. It’s a typical Belgian talent: why follow rules when a more personal approach is far more tantalizing?

It all started some 10 years ago, when three friends – Oswald Cromheecke, Cedric Van Overstraeten, Aiko Devriendt - decided to join their musical forces and take a leap of fate: compose music and try to make a living. Oswald began as an ardent bedroom producer, composed some tracks and registered as a Soundcloud user , not really sure what to expect. We all know the internet moves in mysterious ways. Some of the released tracks reached Sam Ferguson, aka Frenic, a dj with international repute, who pushed the music. It led to some success on music blogs and a big following in Greece, much to the surprise of a young Boogie Belgique.

‘Could you come over and play a live set?’ A simple question, and the start of a beautiful story that – today – moves hearts and makes people dance, all over the world.

First we take Greece, then the world. The early Boogie Belgique had great expectations.
The band started touring Europe – first as a dj-set with live trumpet - but soon became a genuine live-band, leaving a trail of chills and thrills all over the continent. Greece, France, Romania, The Netherlands, UK, Czech Republic, Turkey … Boogie Belgique’s sound left people captivated, worldwide. Between 2013 and 2019 they played hundreds of shows, released their first full album ‘Volta’ (released by the US label Cold Busted) and built themselves quite a fanbase, both live as online. Boogie Belgique injected summers with a beautiful blend of electronic music and jazz, with hints of Bonobo, Cinematic Orchestra, Fat Freddy’s drop and the intricate soulfunk of Snarky Puppy. Spread happy and sunny vibes- with a tad of melancholy and nostalgia -, as an antidote to the destitute state of the world.

Between 2016 and 2019 Boogie Belgique roamed the world. Fruitful times, in which Boogie Belgique became a much-appreciated festival-band, leading to a great deal of Spotify-listeners and Youtube-subscriptions. With the self-produced and DIY-EP ‘Prelude to a Machine’, the band showed their craftsmanship. The EP was – exactly what the title suggests – a prelude to the next album. Due to the pandemic, the plans to release this album were postponed. Yet, since Boogie Belgique does not like to ‘just go with the pandemic flow’, they decided to record and release the EP ‘Lure of Little Voices’, a cooperation with Ian Urbina, A New York journalist and Pulitzer Prize winner.

Meanwhile, Boogie Belgique is working hard to finalize their fifth full album, and eager to play again. After months of self-isolation – and a lot of remote recording sessions –  the band cannot wait to ‘go out and play’. High time to mount the stage.